For our second Indie Gems episode, we bring you Drive to Hell, a frenetic shoot 'em up with a top-down perspective that could easily be mistaken for something that you would find in the arcades back in the early 90's.
It's all there, tons of different types of enemies, non-stop action, a cheesy storyline and colorful graphics, thankfully since Drive to Hell does not need to keep stealing your money with every playthrough, the developers have implemented several difficulty levels in order to please everyone.
Aside from that, you also have a Survival Mode and trophies to unlock, get all the trophies to gain access to a new (mystery) vehicle, there's no shortage of content to unlock or things to do in Drive to Hell and that's part of the fun, unlocking new and cool stuff is addicting and keeps you coming back for more time and time again. 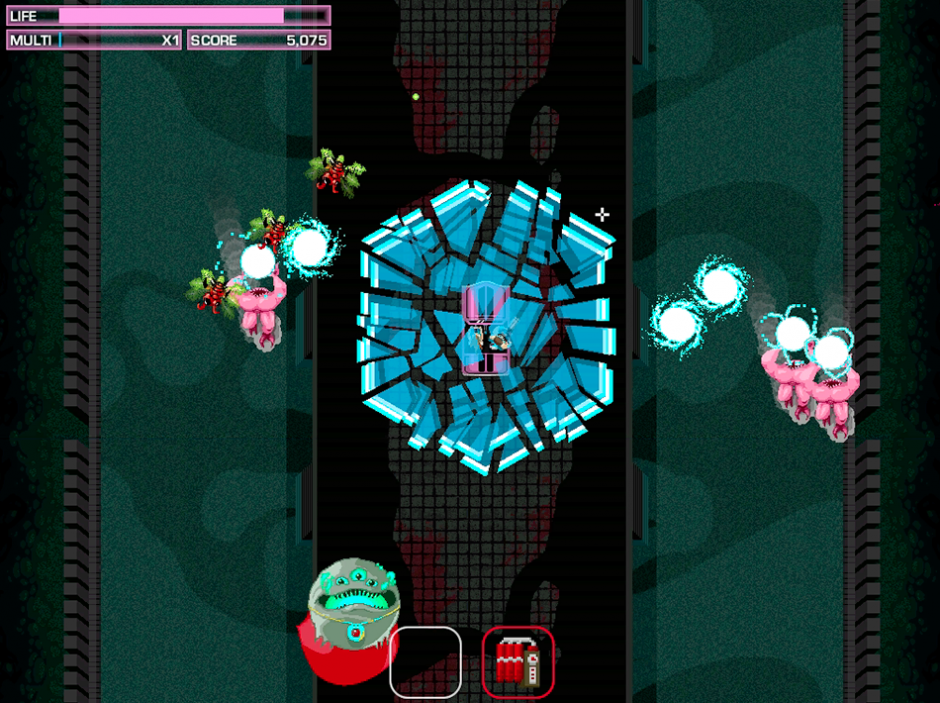 Gameplay-wise Drive to Hell feels pretty solid, while the controls and mechanics are simple to understand, mastering them will take you a little bit longer, learning when and where to activate certain power-ups or abilites will determine if you survive for more than just a few minutes at a time in the midst of the hordes of demons that the game throws at you constantly.
Here's my first real issue with Drive to Hell, your primary gun is useless, I understand the developers idea, they wanted to add an extra layer of strategy to the deployment of certain power-ups, still I would prefer to freely upgrade my weapon much in the vein of old shmups like Raiden or Gradius, this kind of customization would add even more layers of strategy to Drive to Hell (edit: your main gun does increase in power as your multiplier also increases though). 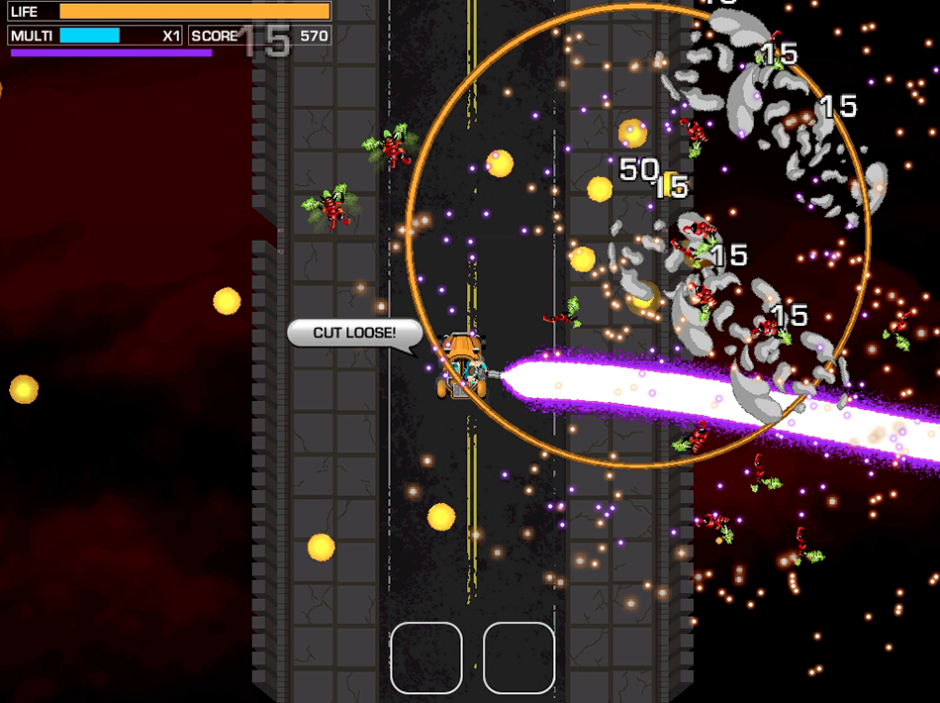 The second issue I have with Drive to Hell is the sound effects, the primary weapon in particular sounds really weak, especially when compared to some of the temporary weapons that you pick up along the way.
The soundtrack on the other hand boasts some really nice tunes, while not a masterpiece by any stretch of the imagination, it does the job nicely. 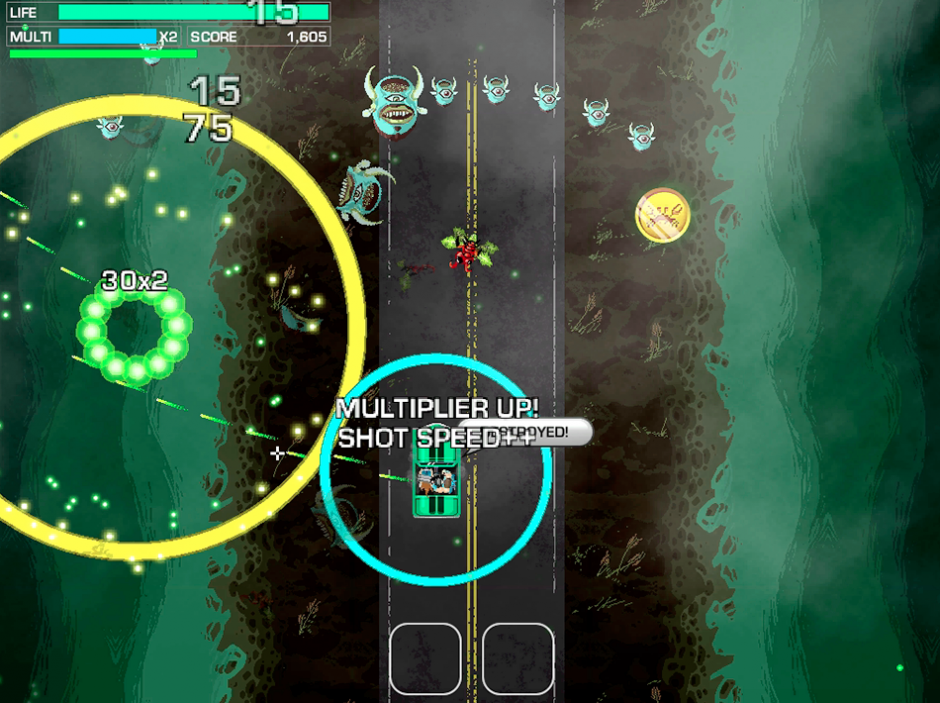 Drive to Hell is a simple yet challenging game that can be enjoyed in either short or long bursts, Ghost Crab Games, the developers have clearly drawn inspiration from older titles like Outrun and Spy Hunter while at the same time adding new features and more reasons to keep you coming back time and time again. If you enjoy this sort of arcade non-stop action, then your epic quest to avenge the destruction of your favorite bar (yep, that's the plot) will be a fun one.

Should you get it?
Yes, especially if you enjoy old school shooters.
The low price tag on Drive to Hell combined with the simple but challenging gameplay, makes it a great option for those of you who are searching for a viable option when it comes to action-packed shooters.