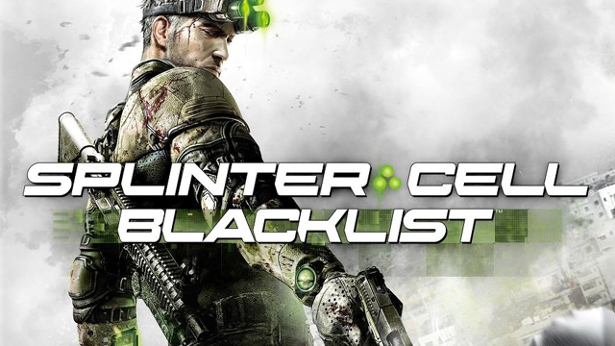 Let's face it, Blacklist predecessor, Conviction, was probably the most hated game in the entire Splinter Cell series, yet it was an amazing experience, so why all the hate?

According to long time fans, the developers simply moved too far away from the original formula, toning down the difficulty of the game in general and making stealth a lot less essential to Sam Fisher survival, basically Ubisoft was "charged" of trying to turn Splinter Cell into a pure action game.
Well, it seems that the multi-million dollar company actually listened to the fans, Blacklist is without any shadow of a doubt the best title to grace the Splinter Cell series. 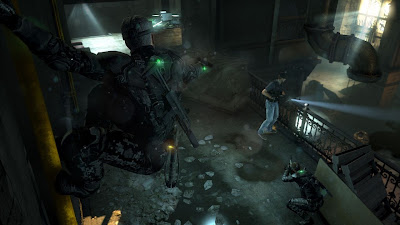 Like any good plot written and imagined by Tom Clancy, Blacklist begins with Sam and his old war buddy Victor Coste (narrator in Conviction) preparing to depart from Andersen Air Force Base when something goes terribly wrong, it seems that some unidentified enemy force is attacking the base.
Apparently the authors of the attack call themselves "The Engineers", they demand an immediate global retreat from all US military forces deployed on foreign countries, if their ultimatum is not met, they will strike every seven days.
Information about these attackers is scarce, still, US president Patricia Caldwell assigns some of the best minds in the country to "Fourth Echelon", a elite group commanded by Sam Fisher himself, with the intent of stopping these terrorists before the next strike takes place.
It seems that even in the character department Ubisoft meant to mix the old with the new, introducing some original characters like the tough looking Issac Briggs (your coop partner), but also returning series old favorites like Anna Grímsdóttir. 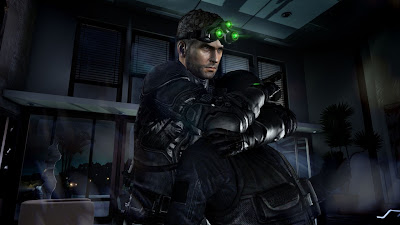 Here's where things get super interesting, Blacklist is truly a remarkable game, both stealth and action are viable options, it all comes down to what you prefer really.
If you like to skulk around the shadows like a sneaky ninja that just so happens to be equipped with some of the latest tech, you got it, the game rewards you for your efforts with more points, allowing you to better equip Sam after each mission.
On the other hand if John Rambo is your childhood hero you can also use that approach with no problems, expect to move faster through the levels, but the rewards at the end won't be as good, also, you may fail to accomplish some bonus objectives that require a more careful approach.
This variety keeps things interesting, as levels are clearly designed with this freedom in mind, allowing you to choose your own route to the end, making each playthrough an almost unique and totally different experience.
But it's not just your approach to the gameplay that determines how things will develop, before each mission the player has the chance to properly equip Sam with different gear so that it matches the play-style being used.
You can start by selecting one of the several different outfits, all with alternating stats, oriented either towards combat, stealth or a mix of both. After that choice is made, a nice array of weapons awaits you, silenced, non-silenced, assault rifles, shotguns, pistols, you truly choose your own path in Blacklist.
Another feature that can drastically alter your experience is the difficulty you choose, in the hardest difficulty some of the more player friendly tools and abilities like the sonar and "Mark & Execute" are either toned down or completely removed. 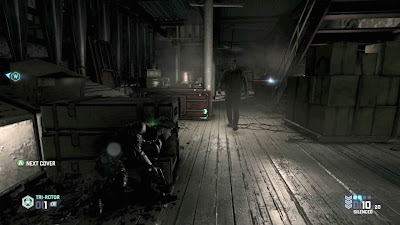 The length of Blacklist must also be pointed out, it's easily the biggest game in the series, taking around 10 hours just to complete the main story, if you take an interest in the many side missions, coop and competitive multiplayer you can quickly double and even triple that time.
Yes, competitive multiplayer is back once again, it seems that Spies and Mercs are once again in conflict and it is up to you to have as much fun as you can while taking part in that conflict.
For those of you who don't know, Spies vs. Mercs was introduced in Pandora Tomorrow, it basically consists of two very different factions, Spies, which are fragile, yet very agile and stealthy, and Mercs, who are walking tanks (played from first person perspective). These factions have conflicting goals, Spies must hack computer terminals that the Mercs are supposed to protect, with this simple idea in mind a very exciting game of cat and mouse quickly ensues. 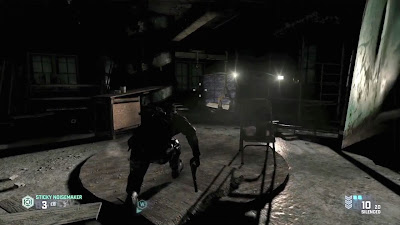 Graphically Blacklist stays very close to its predecessor, Ubisoft squeezed every bit of power from the Unreal Engine, making this latest entry a very nice looking game. Face expressions and animations are particularly well done, making you feel immersed throughout the whole thing. Levels are well designed and expansive, keeping a steady framerate from start to finish.
Strangely enough, the voice acting was probably the area where old school Splinter Cell fans had their hopes down, the removal of the iconic Michael Ironside got fans worried, still, the substitution was well done as Ironside replacement, Eric Johnson, is a charismatic actor and clearly took the voice acting very seriously. (Michael Ironside is still way more badass though!) 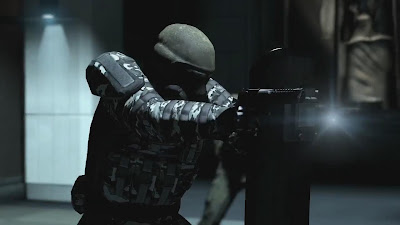 Going into Blacklist with my hopes high, I can say that Ubisoft did not let players down, the latest entry in the Splinter Cell series is a true masterpiece and most likely, a very strong contender for game of the year.
This is how all big gaming franchises should be managed, try something different, listen to the players feedback, take a step back if needed, keep the original features that new players liked, alter what didn't work very well.
I recommend Tom Clancy's Splinter Cell Blacklist to everyone.

This game was played using the Ozone Rage ST headset
(Our Review: Link) 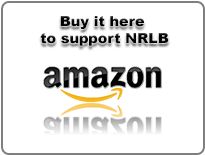