Max Wake or Alan Payne, that is the question 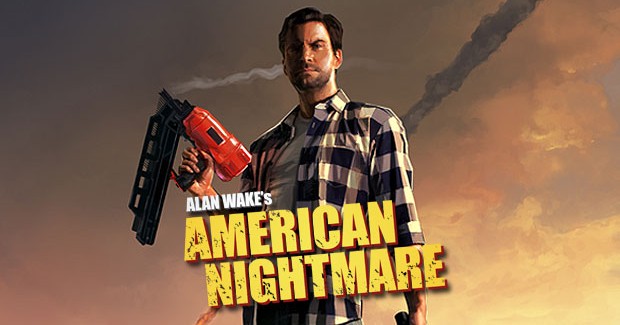 Playing Max Payne in the dark, aka Alan Wake, made me feel tense, uneasy, because the game was suspenseful, ammo was somewhat scarce (on the higher difficulties), enemies were actually able to kill me and also because I didn't know exactly what was going to happen next because the game DIDN'T REPEAT ITSELF!
So Remedy Entertainment said to themselves, "Hey, Alan Payne...sorry, Alan Wake still doesn't feel quite like a Max Payne game! Let's fix that! Oh, but we don't have another five years to create it... no problem, blame Alan Wake's writing and create three scenarios and repeat them a few times, yup, that will do the job!", and hence, Alan Wake's American Nightmare was born.
Now that I got that out of my system, Alan Wake's American Nightmare is not a bad game, it's just too easy. The dark and suspenseful theme is gone, replaced with a more lot more action sequences, which can be a good thing if you're looking for something different from the original game.

This latest entry in the series is staged in a different universe, even though it has a lot of references to the original game, American Nightmare takes place in Arizona USA, or maybe it happens inside Night Springs (fictional tv show), the actual game leaves that in the open, kinda like it was done in the "Twilight Zone".
Anyway, this latest entry in the series depicts a somewhat comical and over the top battle between Alan Wake and his (awesome) evil twin Mr. Scratch, or a battle between the champion of light and the herald of darkness as the narrator of the game puts it.
Alan Wake was able to escape Cauldron Lake, but it's now stuck in a time loop somehow controlled by Mr. Scratch even though the loop was written by Alan. Yeah, it's kinda confusing. Also, the so called herald of darkness aka awesome evil twin can move freely between the dark place and the real world for some reason.
To get out of the loop, Alan Wake aka party pooper must keep going through the loop, each time getting closer to the true reality. 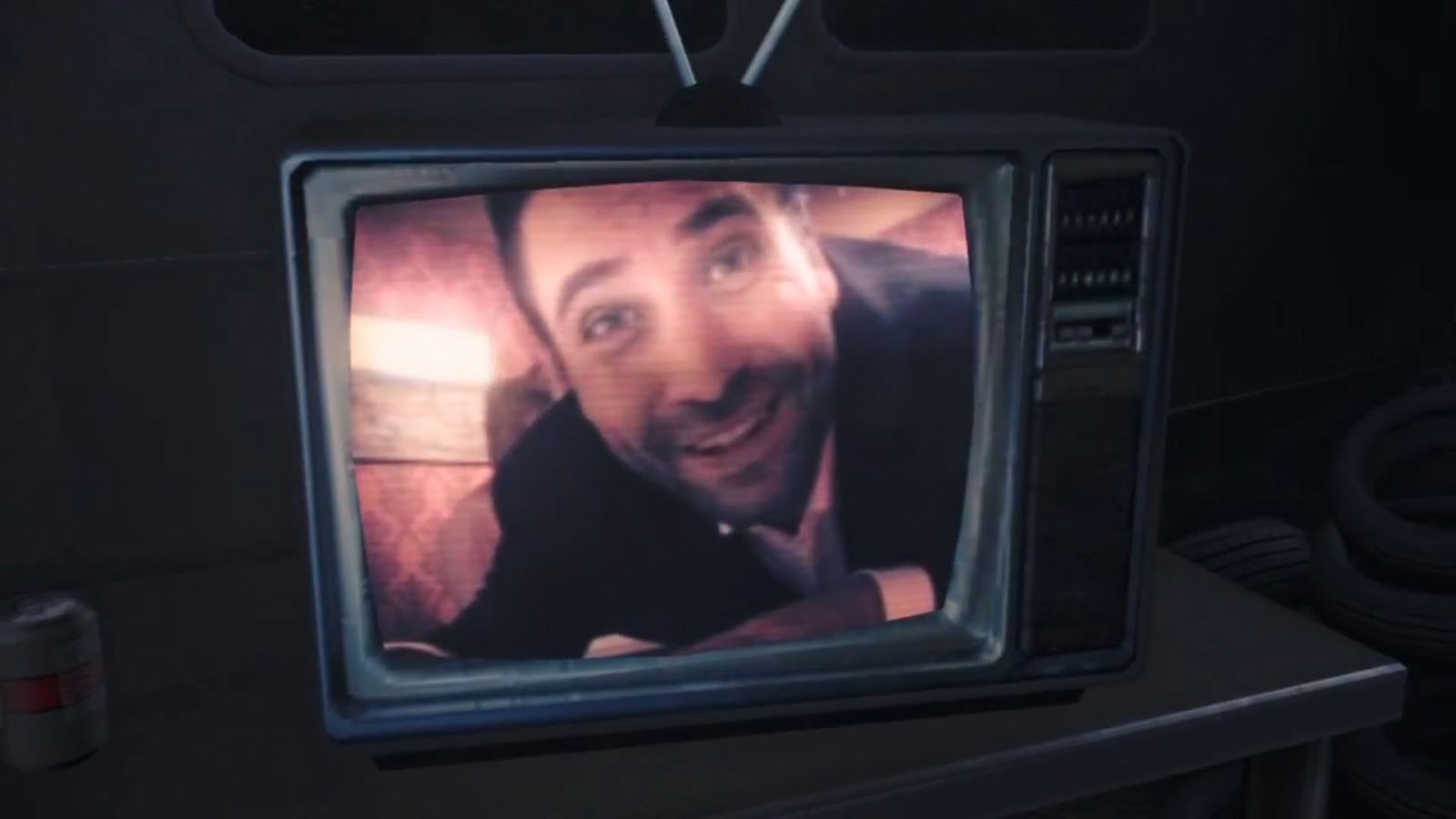 In the game's many interactions between the two protagonists - through live action short tv snuff videos - Mr. Scratch keeps teasing Alan, giving him news about "their" wife, explaining what he is going to do to Barry, etc. These are definitely some of the game's best moments!

Gameplay
This is the area where the greatest improvements over the original game were done, Remedy was able to introduce in a much shorter game - I finished it in one sitting - a lot more enemy types and a lot more guns to shoot.
The new enemy types mean that you have to change your usual "flashlight until no shield then shoot" killing tactic on some of them, they are not that hard to kill, but the change of pace is always nice and keeps the game combat from feeling as repetitive.
Even though the combat got improved, the easy nature of the game might be a buzz killer for some, ammo seems to be the new thing in Arizona, since it's basically everywhere! The same thing goes for batteries!
This makes you feel almost like...well...Max Payne, since you don't have to run, conserve ammo or batteries at any point during the game and you also have a slow time thingy when you dodge like a pro...yeah, pretty much like Max Payne. 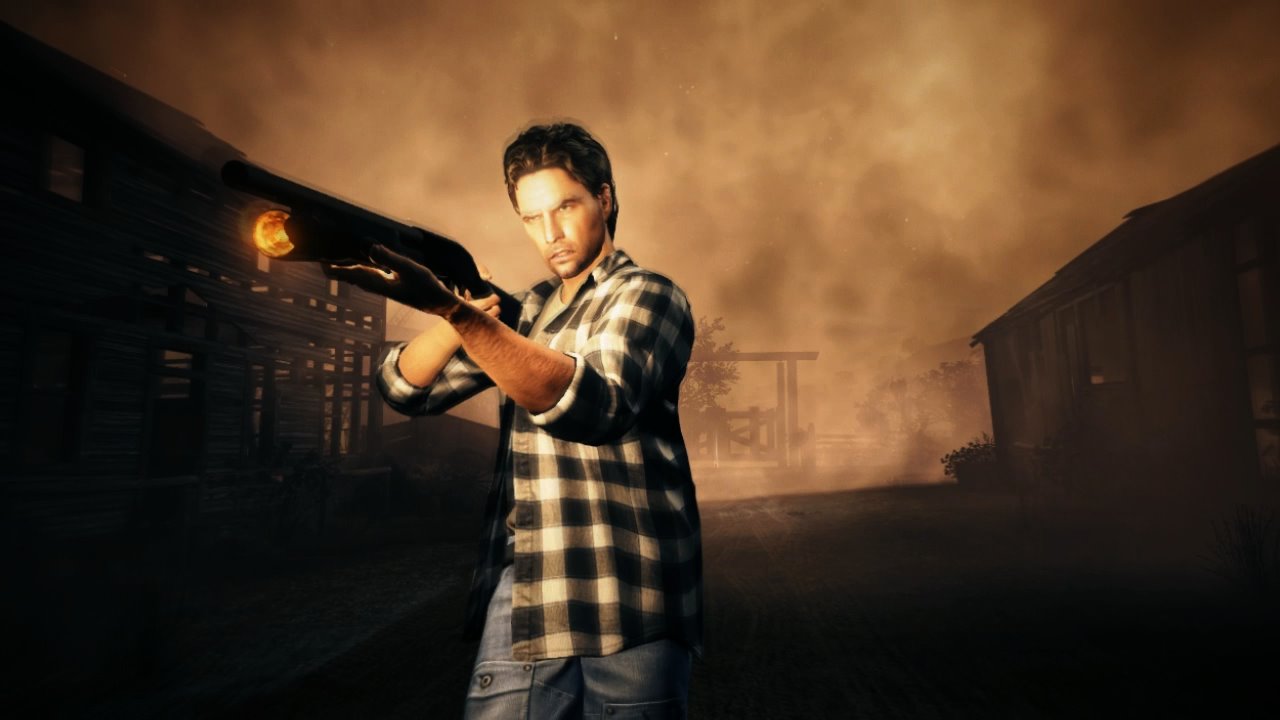 I only died one time during the whole five hours or so that it took me to complete the game, this is a shame since there were some action sequences towards the end of the game that were really well done, they were somewhat harder and death was a possibility, but since I had more ammo than Russia and the US combined nothing actually posed much of a threat. Even the biggest enemies that the game threw at me were nothing compared to the 10 flare gun rounds I seemed to be carrying at all times.
Maybe in the Arcade mode (yes, it has one) of the game I can get a better challenge, but I wanted that challenge in the main game, not some tacked on mode.

Graphics
At the time of its release, February 2012 if I'm not mistaken, American Nightmare was probably the best 3d looking game on the xbla market, but since then Far Cry: Blood Dragon took the crown. Still, Alan Wake is a very good looking game, well above the average when it comes to xbla games.
The lighting is still superb, the game left the gritty, almost black and white look of the original and replaced it with more colorful tones, ranging in-between oranges, yellows and reds. Nice decision on Remedy's part, it simply fits the mood of the story a whole lot better.
The new enemy models look cool, even if they are still always dressed the same, the character animations are well done and the transition between the live action scenes and the actual game are pretty smooth.
You also encounter other humans during the game and almost all of them look good, except for Mr.Scratch, why does he look so bad in-game?! I know that we only see him in-game a few times but it's no excuse, maybe in the PC version he looks a little better, but still, why? You can't blame Wake's writing for that one Remedy...or maybe they can, who knows. 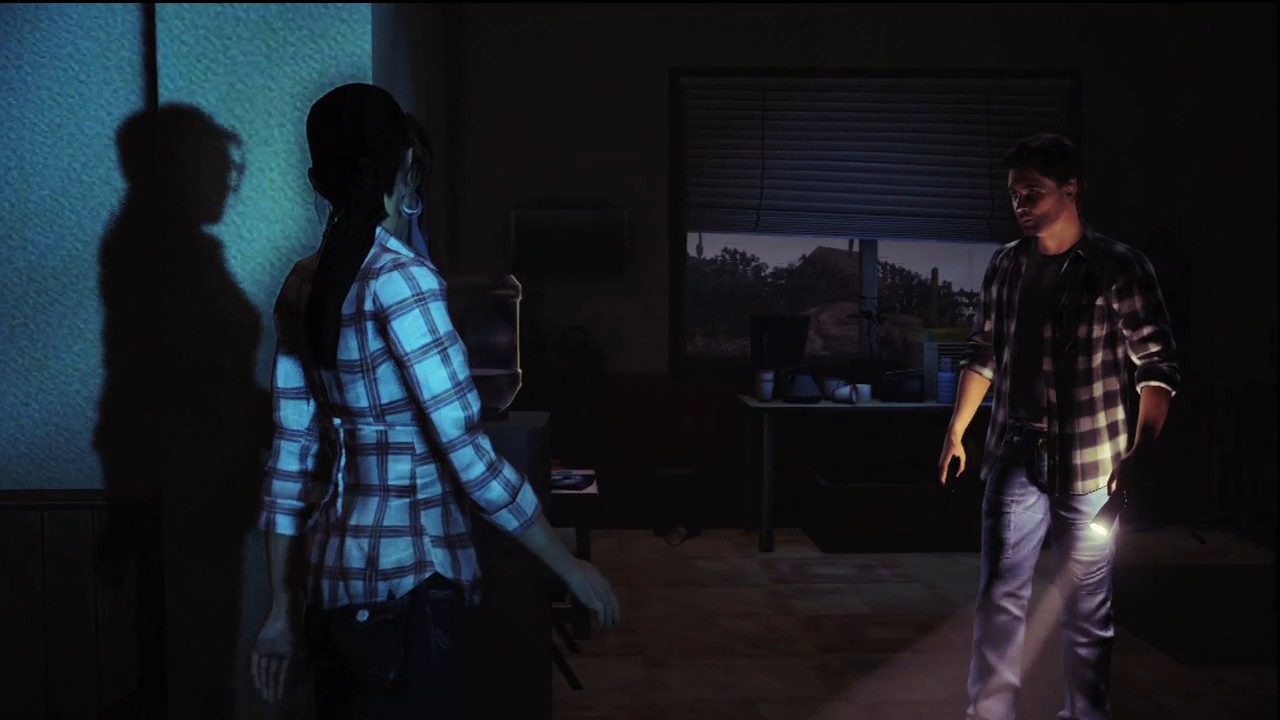 Sound
Wow...what a disappointment. The game starts up and almost instantly you are presented to one of Kasabian's best tracks, and then it is used another three times during the game for like ten seconds and that's it, also I was introduced to another awesome track from Poets of the Fall near the end of the game that played only once for about fifteen seconds and that's it. What a waste....that's all I have to say.
Oh, the voice actors did a decent job, congratulations to Matthew Porreta for standing out among the crowd as both Alan Wake and Mr.Scratch.
Even in the live action scenes he was perfect, except in the last one as Alan Wake, oh boy, was that forced.

Conclusion
At the end of the game I felt I had played a completely different game than I was expecting, the action sequences were presented in much more generous doses, the colors and mood of the story were completely different and the extra action sequences were a really nice addition. Is it a scary game? No. Does it kinda drag toward the end because of the repetitive nature of the story? Yes. Was it fun? Hell yeah!
Even if Alan Wake as a character feels a lot less inspired in this one, there is Mr.Scratch that quickly made it to my top ten list of villains, hopefully in the future we will see him again.